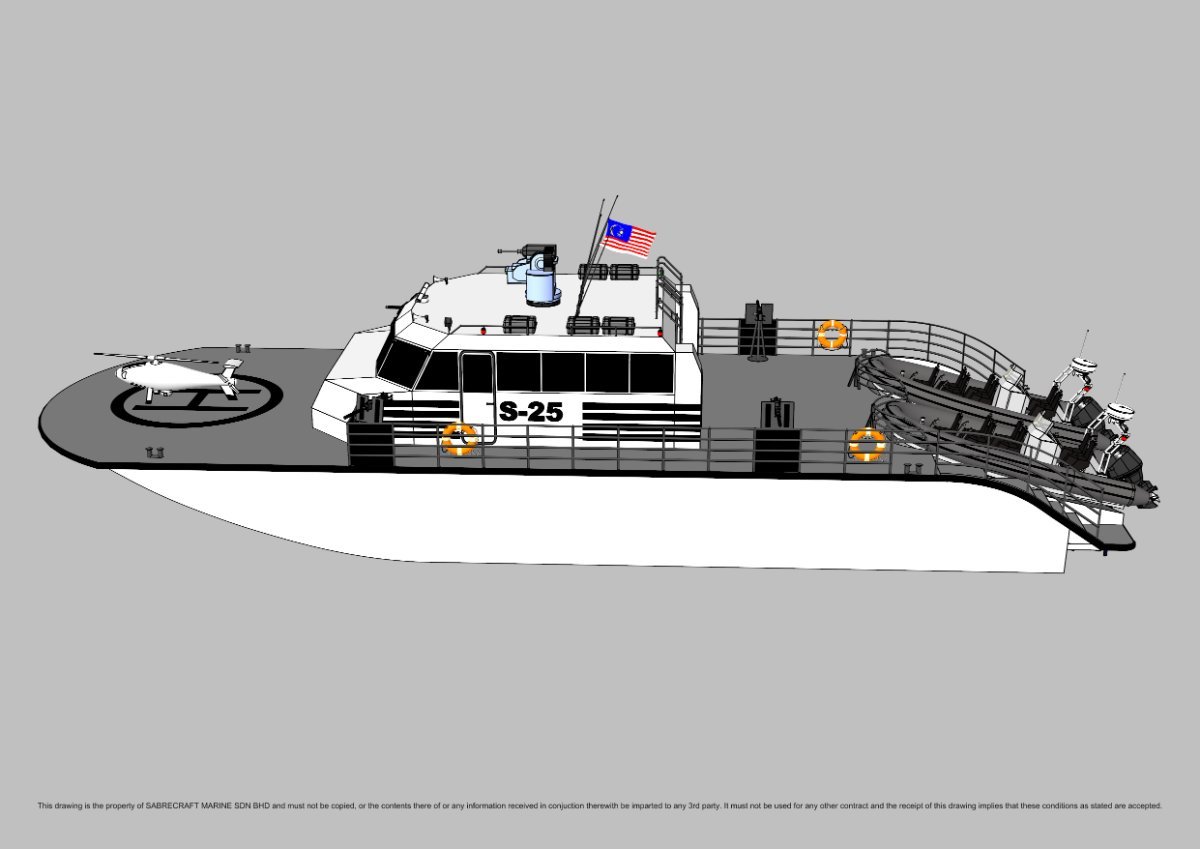 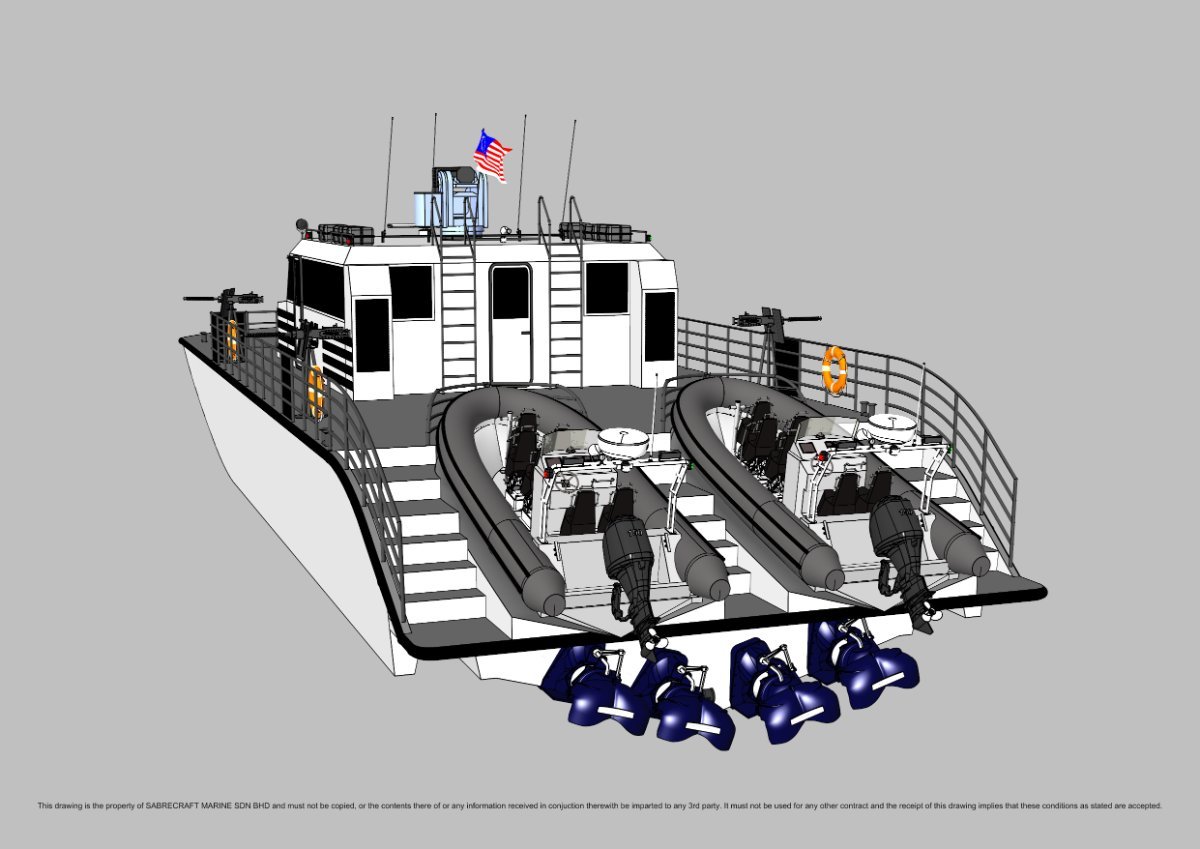 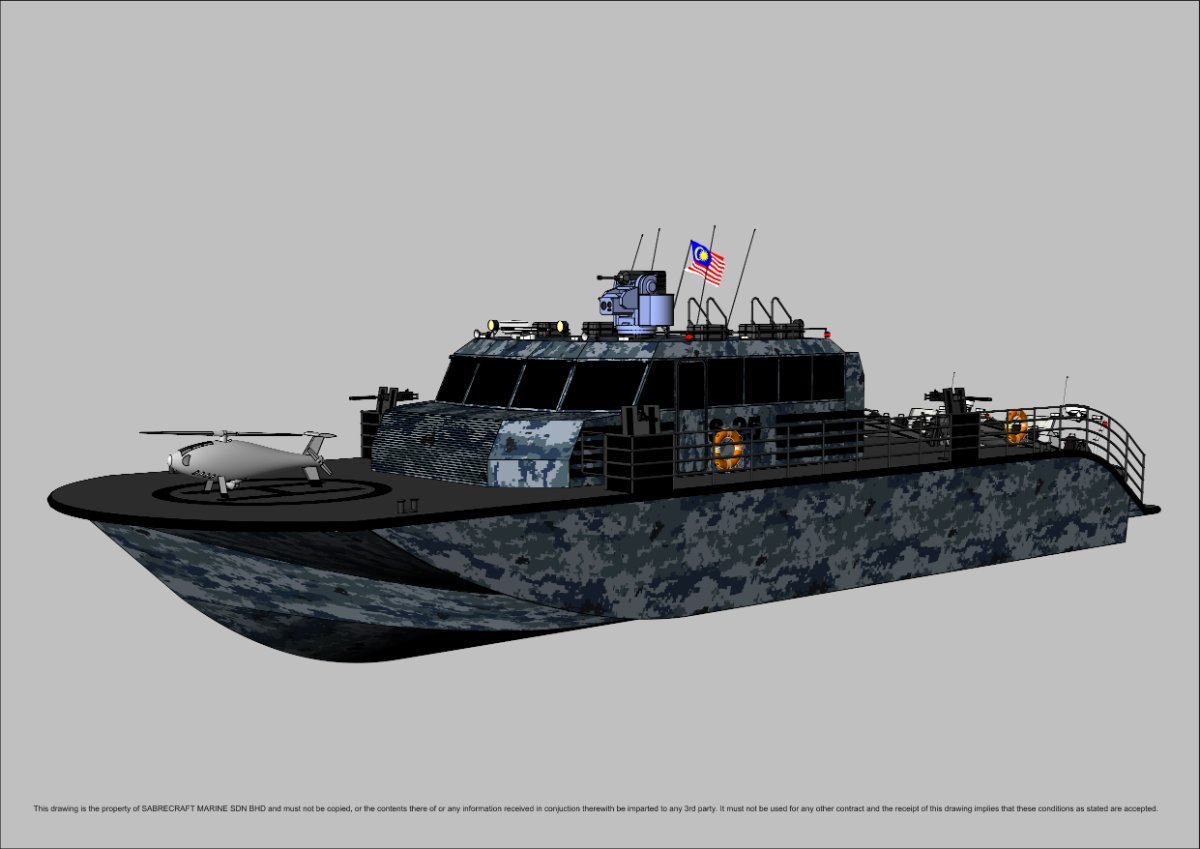 Pursuit - Speed is first and foremost with this vessel, with a sprint speed of more than 50 knots + operating on all 4 engines. With a staggering 6,400BHP, the SABRE AirRide Express can chase anything down quickly
Patrol - Utilising just 2 engines the vessel can have an extended range for patrol duties at 12 knots
Boarding or Tracking Operations - Are complimented with 2 x SABRE 6.20 RHIBS that carry six personal and a driver
Surveillance - The SABRE AirRide Express comes standard with Drone Aerial Surveillance capability. The SABRE 25 AirRide Express being able to accept most Copter Drones in the market today 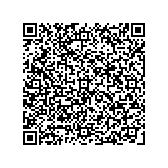 Scan this with your mobile device
to save our contact details [?]

Get directions to us »